With Rediscover Dairy, you can stay up to date with news about the health and nutrition benefits of dairy. Read what industry experts and scientists have to say about the goodness of dairy. 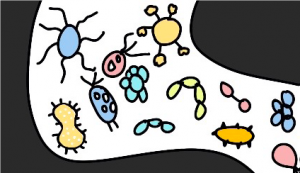 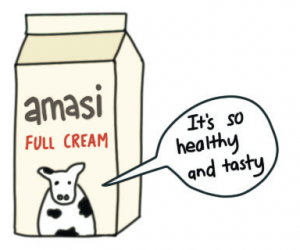 An article published in Nutrition Reviews by Fayet-Moore, in 2015 presents the results of a meta-analysis that investigated a number of aspects linked to diet, nutrition, achievement of recommended nutrient goals and possible links to overweight that may impact on the use of flavoured milk by children. This study provides valuable insights regarding the role that flavoured milk currently plays in childhood and teenage nutrition.

Most people know that drinking milk and eating dairy products like cheese, yoghurt and maas helps build strong bones and teeth, but what may not be well known is that having three portions of dairy products can continue to protect our teeth throughout life.

Milk and dairy products are often the target of such global scare stories. A recent spate of warnings were issued in the popular press about the dangers of drinking milk from cows that have been treated with recombinant bovine somatotropin (r-bST) or “hormones”.

The name r-bST already sounds ominous, but on closer inspection it appears that bovine somatotropin is actually a normal hormone produced by cows (bovine animals) when they have given birth to a calf and start lactating.

Many people have a variety of taste aversions. A study conducted with more than 500 undergraduate students found that up to 65% of the students reported that they suffered from at least 1 food aversion, while another study with nearly 1,500 subjects reported that about 5% of the population had milk-/butter-aversions.

O’Conner and her team concluded that “The results suggest a reversal of milk avoidance”. The study showed that milk avoiders can increase their liking of milk and learn to incorporate milk into their diets after being exposed to increased amounts of milk over a 21 day period.

A recent study conducted by Prof In-Young Choi and a team of researchers at the Hoglund Brain Imaging Centre of Kansas University (KU) Medical Centre, has identified a link between dairy product intake and the concentration of glutathione in brain tissue of healthy, elderly adults.

The KU study will hopefully lead to more detailed research to define the role of milk and dairy in brain health. According to the editorial of The American Journal of Clinical Nutrition which published this ground-breaking study by Choi and his co-authors, the study presents “a provocative new benefit of the consumption of milk in older individuals”. This is indeed a point to ponder for the future of the global population with its ever increasing percentage of older citizens who often suffer from brain damage caused by oxidative stress.

Sarcopenia has been defined as the age-related loss of skeletal muscle mass which in turn leads to a loss of muscle strength. As people age their muscles deteriorate, which can make them weak, less agile and rob them of independent living.

In South Africa 9.6% of our population have Type 2 DM, while 19% suffer from glucose imbalance conditions such as insulin resistance. These are alarming statistics that should be addressed as soon as possible.

The role of dairy products as potential dietary preventatives of Type 2 DM has recently been examined in a number of studies. Some of these studies found positive results…

The latest Nutrition Review on ‘Dairy Products and Hypertension’ released by the Consumer Education Project of  Milk SA provides an objective overview of research into the use of low fat dairy products to combat hypertension.
The Consumer Education Project of Milk SA has compiled an insightful and comprehensive summary of research findings relating to the anti-hypertensive effects of low-fat dairy products as part of their ongoing service to health professionals.

The current campaign is aimed primarily at teenagers and includes two television advertisements, a micro-site linked to the ‘Rediscover dairy’ campaign and online advertisements. The tv ads have the same message and are supported by the microsite, which provides relevant health and nutritional information in a fun and graphical format. The online advertisements aim to create awareness of dairy and direct viewers to the micro-site.
The creative link between the three advertising components is an exciting development and creates a synergy that strengthens the impact of the campaign.

Milk, maas or yoghurt intake every day will reduce current nutrient gaps in the diets of most South Africans, and protect against chronic diseases in future.
The national food Consumption survey has shown that most South Africans do not consume enough vitamin A, thiamin, niacin, riboflavin, vitamins b6, b12 and C, calcium, iron and zinc. Lack in dietary variety and low intakes of  fruit and vegetables, legumes and animal-source foods are singled out as reasons. South Africa has high rates of chronic diseases of lifestyle – non-communicable diseases related to dietary factors. These include heart disease, high blood pressure and type 2 Diabetes, which are all associated with overweight and obesity. Both under- and over-nutrition are rife in our country. It means ‘double trouble’ for nutritional growth and prosperity in 2013.

Parents want the best for their children and investing in the health of our youth is one of the most important things we can do to ensure the future of our nation. To be healthy, children and adolescents need to eat a varied, balanced diet and do plenty of exercise every day. Milk and dairy products are a source of nine important nutrients, including calcium, potassium, protein and are among the most important foods and drinks for youth.

Researchers found that of nearly 75000 subjects, people who had the highest intakes of low-fat dairy products had the lowest incidence of total stroke and cerebral infarction. Read more about this revolutionary study done by the Swedes. Drinking adequate quantities of low-fat milk and eating plenty of low-fat yoghurt and cottage cheese, as prescribed in the DASH diet can be expected to not only lower hypertension, but also to prevent stroke.

We use cookies on our website to give you the most relevant experience by remembering your preferences and repeat visits. By clicking “Accept All”, you consent to the use of ALL the cookies. However, you may choose "Reject All" should you wish otherwise.
Accept All    Reject All
Manage consent

This website uses cookies to improve your experience while you navigate through the website. Out of these, the cookies that are categorized as necessary are stored on your browser as they are essential for the working of basic functionalities of the website. We also use third-party cookies that help us analyze and understand how you use this website. These cookies will be stored in your browser only with your consent. You also have the option to opt-out of these cookies. But opting out of some of these cookies may affect your browsing experience.
Necessary Always Enabled
Necessary cookies are absolutely essential for the website to function properly. These cookies ensure basic functionalities and security features of the website, anonymously.
Functional
Functional cookies help to perform certain functionalities like sharing the content of the website on social media platforms, collect feedbacks, and other third-party features.
Performance
Performance cookies are used to understand and analyze the key performance indexes of the website which helps in delivering a better user experience for the visitors.
Analytics
Analytical cookies are used to understand how visitors interact with the website. These cookies help provide information on metrics the number of visitors, bounce rate, traffic source, etc.
Advertisement
Advertisement cookies are used to provide visitors with relevant ads and marketing campaigns. These cookies track visitors across websites and collect information to provide customized ads.
Others
Other uncategorized cookies are those that are being analyzed and have not been classified into a category as yet.
SAVE & ACCEPT